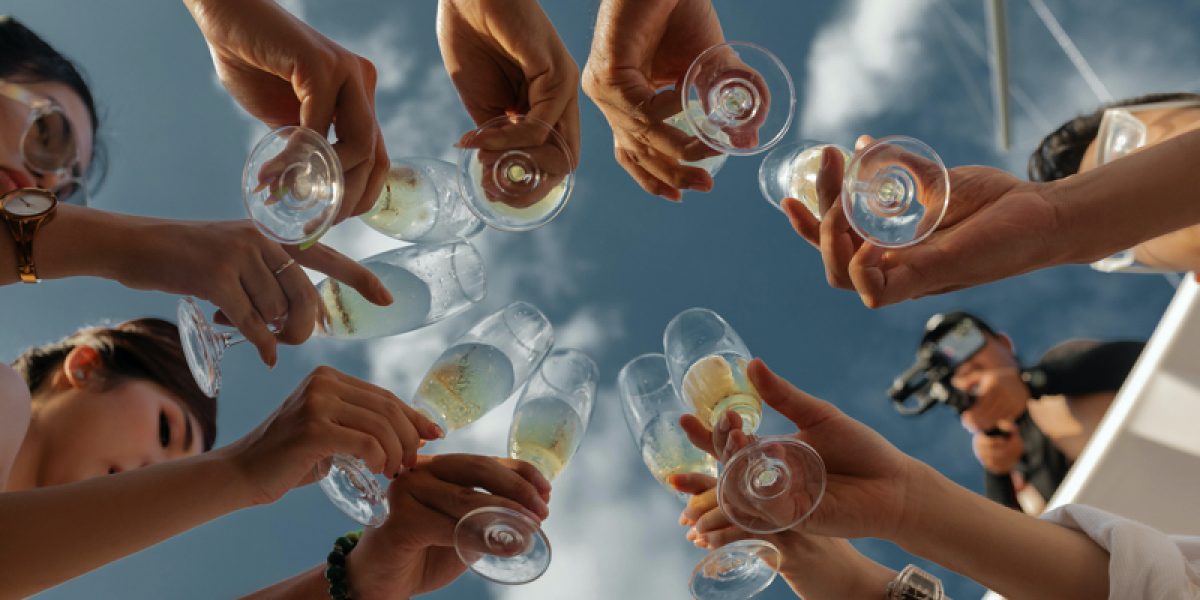 Wow, 2021. What a year it has been. To be completely frank with you, there was a hot minute where we thought it was never going to end.

In a nutshell, here’s how we summed up this very (not) exciting year:

So, considering what we’ve been through, let’s just take a moment to give ourselves a round of applause for making it this far.

To put the icing on the cake, we were exposed to an overwhelming amount of social media. Our consumption was like no other and if you thought you were already addicted to your phone, 2021 took the word addiction to a whole new level.

With nothing else happening in our lives, we had a date with our social media accounts every single day. That meant dirty track pants, an entire tub of icecream and a hop, skip and jump onto the couch to begin our night of endless scrolling.

And on that note, here are 5 of the biggest social media trends that sparked our interest.

5 social media trends that sparked our interest in 2021

Yep, you bet we’re starting with this one. The infamous ‘we will plant 1 tree for each pet picture’ trend that quickly spiralled out of control.

So, what exactly happened?
An Instagram sticker that wasn’t linked to any official account was posted stating that a tree would be planted for every pet picture shared. But there were three unanswered questions everyone had on their mind. Where did it come from? Who was responsible? And how the f*ck were all these trees going to be planted?

Well, it turned out that the team behind this crazy promise were plantatree.co. A small organisation that at the date of writing this, has planted 6,500 trees. What seemed like a fun way to show love for our furry friends and spark conversation on important topics such as climate change, soon spread like wildfire and became a global social phenomenon.

The end result?
A total of 4.1 million reposts. We know – absolutely insane.

In an Instagram post, the @plantatreeco account wrote “We immediately realized the post would grow too big and that we didn’t have the resources to plant that many trees, so we deleted it 10 minutes later.”

“Even though we deleted it, the stories continued to spread out of our control. Our credit for the post was also removed because of what seems like an @instagram bug.”

So, what did we learn?
While your cute pet photos didn’t save the Earth, they did brighten our day.

We think it’s safe to say that 2021 was the year of the ‘photo dump’, a craze that saw Instagram users collating a group of random photos and posting them with one caption.

With nothing to do and nowhere to go due to a global pandemic (no biggie), our Instagram feeds slowly became extremely boring. And soon after that, it’s almost as if everyone instantly thought who cares about curating an aesthetically pleasing feed, let’s just lean into what we’re feeling. In a world where lockdowns were constantly thrust upon us, it was obvious that we were not feeling okay. This started the trend of random strung together photos consisting of daily sunsets, walks, coffee, and food to create an overall *vibe*.

Also known as a ‘carousel’, this Instagram feature gave users a new peace of mind. No longer were people going to spend hours choosing the ideal shot to showcase a perfectly curated social feed. They were now able to choose up to ten swipe-through images to their grid.

So, why did we love them so much?
These were the insider photos that delved much deeper than your usual Saturday night ‘drinks with the girls’ photo. They were the photos deemed too unworthy of having their own moment on the feed, acting very journal-like and giving us more of an insight into the personal life of others. And as humans, we connected with the candid photos that showcased the unfiltered images and raw emotions our friends (and celebrities/influencers) were feeling.

We’re at a point in time where most of us are constantly glued to our phone screens, secretly obsessing over the number of likes we receive on an Instagram post. But oh, how time is changing.

In 2019, Instagram implemented a trial that gave users in Canada an opportunity to hide their photo likes on Instagram. Two months later, seven more countries were added to the experiment. Australia, Brazil, Ireland, Italy, Japan and New Zealand. And in an instant, users saw likes wiped away from their screens.

This year, it was officially implemented to the rest of the world.

In a Twitter post on May 26th 2021, they wrote “Starting today, you’ll have more options when it comes to like counts on Instagram. Now you can hide the number of likes people see on your posts.”

“You can also hide the number of likes you see on other people’s posts. Or you can keep things as they are – whatever works for you. It’s a way for you to have more control over your experience.”

“What we heard from people and experts was that not seeing like counts was beneficial for some, and annoying to others, particularly because people use like counts to get a sense for what’s trending or popular, so we’re giving you the choice.”

The result of this? The opportunity to hide likes and improve our mental health for the better.

The boom of influencer marketing

A sudden boom in influencer marketing proved that it was the best way to get your new brand and/or product out into the world, and become successful.

With an increase in our daily screen time came an increase in our consumption of influencer content. The rise of influencers in 2021 showed us that it’s not how you showcase your marketing campaign, but rather, who you showcase it through. We probably sound like a broken record at this point, but as we’ve said time and time again, we as humans connect with other humans. And in a digital age where content is the secret sauce to a brand’s success, it’s difficult not to be influenced by what we see and how it makes us feel.

Exhibit A:
s-kin studio is a Melbourne-based jewellery brand that creates both minimalistic and ethical jewellery. With an Instagram following of 1.2 million, Australian mum @sarahs_day posted a sequence of images from her wedding day which included s-kin studio jewellery. Within 24 hours, the majority of the online store was out of stock.

Exhibit B:
Australian lifestyle and fashion influencer, Cartia Mallan, posted an image to her 500k+ followers wearing a skin-studio necklace. Again, this image reached thousands of people and gave them the confidence that this brand would make them look and feel good.

A new appeal of micro influencers

We’re sure that by now the term ‘influencer’ isn’t new to you, but have you heard of a ‘micro influencer’?

The definition of a micro influencer can differ, but generally they’ll have between 1,000-100,000 followers and create niche content.

While these micro influencers are obviously not our real-life friends, they definitely make us feel like they are. With more time to engage with their users, they build trust and legitimacy, and they allow us to believe that the product they’re promoting is exactly what we need in our lives.

A blow dry brush that saves you time and makes you look like you’ve just walked out of a hair salon? Add to cart! A slick stick that smooths down flyaway hairs? Yep perfect, let’s add one of those too!

A close relationship with the audience + high user engagement = a massive marketing win. With this formula, you’ve hit the jackpot!

So, there we have it. The 5 biggest social media trends in 2021 that caught our eye(s) this year. And while this year has been massive, next year is going to be so much bigger.

The digital world is rapidly changing, and technology is moving faster than ever before. Start anticipating and embracing any and all changes, because the only way to stay in the game is to keep up.

Stay up to date with all picos articles 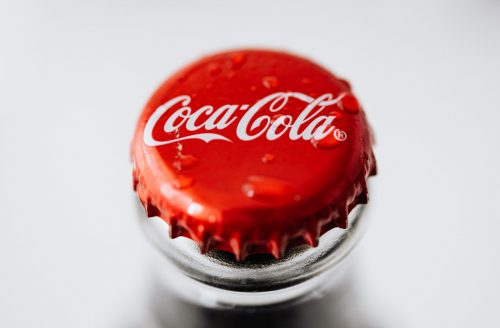 How to Create a Memorable Brand Name

Have a whiz-bang business idea but struggling to come up with a name? Here are some tips...
Read More 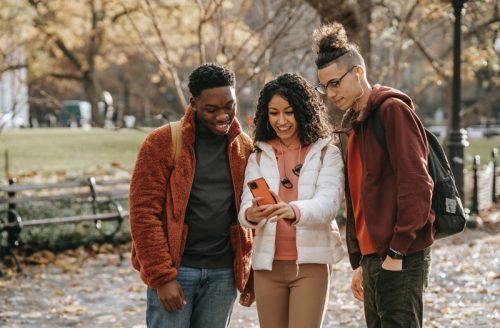 Marketing with Memes: The Dos and Don’ts

December is here and the end of the year is near! But memes (the incredibly effective way to...
Read More 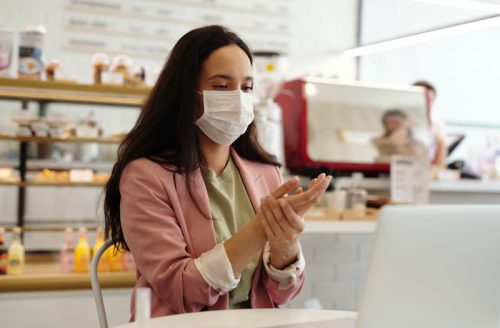 4 Tips for Marketing Your Brand Post-Lockdown