Keep your Work Culture Alive and your Team Connected 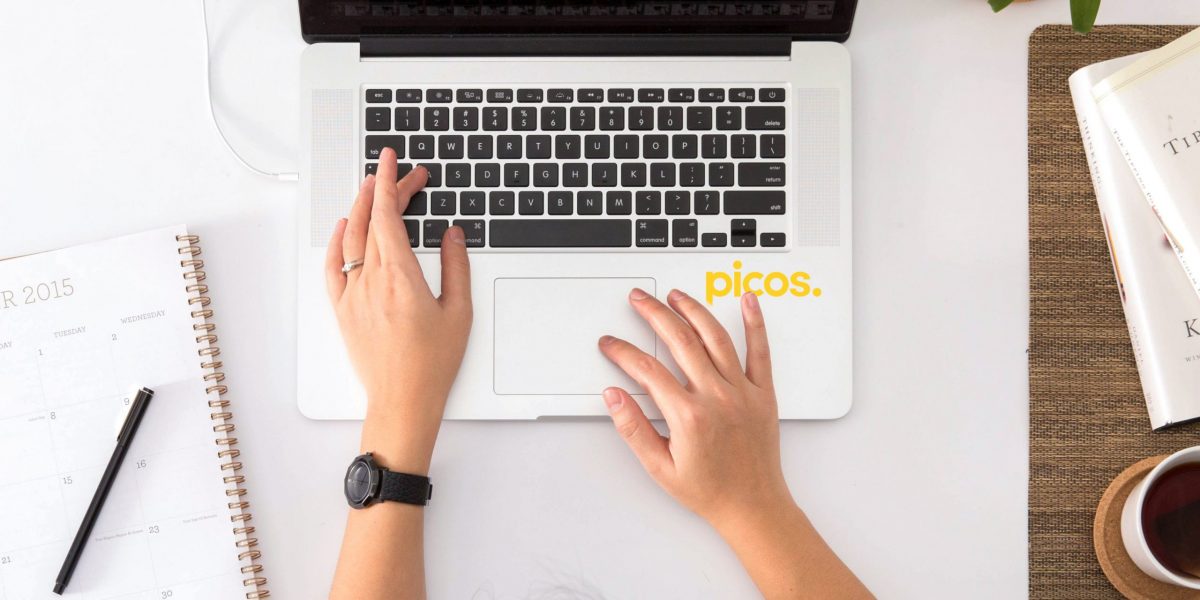 After much deliberation at the Picos headquarters, twenty-twenty has been unanimously voted as the year of adaptability. Zoom forged its way into the limelight as the primary teleconferencing software facilitating peer-to-peer collaboration. Meanwhile, programs like Slack, Trello, Gsuite and Wetransfer became household names of programs used to keep work culture alive and teams connected remotely. For readers looking to establish a strong working-from-home communication strategy, this article sheds light on platforms that are dominating the app scene today.

Recent curveballs, interrupted workweeks and scarce supply of toilet paper have ushered in a new era of remote working – amongst other things. Whilst the old ‘supply and demand’ structure looks very different today to what it looked like six months ago, industries are shifting in predictable ways. In 2016, the World Economic Forum forecasted a future characterised by a ‘fusion of technologies that [blur] the lines between the physical, digital, and biological spheres’ called the ‘Fourth Industrial Revolution’. Now, as we restructure our routine and attend virtual meetings in the digital landscape, this projection is tangible and, literally, close to home.

So without further ado, we present a brief overview of work applications used to traverse physical and virtual spaces – from the living room couch to an office on the other side of the world.

*Enter Zoom*Founded in 2011 by Eric Yuan, Zoom Video Communications became a ‘unicorn’ company valued at $1 billion by 2017. After releasing their initial public offering in 2019, the formidable cloud-based video conferencing service, valued at US$16 billion by the end of its first day of trading, was reportedly used by over half of Fortune 500 companies. In March 2020, one day saw Zoom’s application downloaded 2.13 million times. By the end of April 2020, the company had 300 million daily meeting participants using their platform.

Depending on your business needs and the scale of your workforce, Zoom can be used to host webinars, conferences, live chats or private meetings on both desktop and mobile devices. For the benefit of those unable to attend live sessions, hosts can also choose to record meetings for reference at a later time. If you’re a small business, you might only need access to the basics included in the free plan: a 40-minute meeting session with up to 100 participants. All you need to get your meeting underway is a device with a working webcam and microphone. Plus, if you’re using a computer, you can share your screen with other meeting participants to give them insight into what you see for remote collaboration. Today, Zoom is the go-to conferencing platform used by companies integrating new working-from-home arrangements.

Launched in 2013, the ‘collaboration hub’ designed to facilitate topic-based communication channels between coworkers was labelled the ‘fastest-growing workplace software ever’ by Vox Media a year later. After reaching an initial public offering, the enterprise software company – valued at US$15.7 billion by late June 2019 – became integrated into business communication processes around the world.

When compared to email use, Slack CEO and co-founder Stewart Butterfield contrasts, conversations are organised according to subjects, instead of dates. Similarly, members privy to the content of those conversations automatically have access to those messages without having to be individually CC’d. In this way, inboxes transform into channels used by employers and employees alike. When you consider the various communication platforms used for work chats like email, Skype, Google apps and text messaging, to name a few, the need to centralise conversations fragmented across varying platforms becomes apparent. Used as a primary messaging channel between coworkers, Slack renders other social networking sites and instant messaging apps for work somewhat obsolete.

Is Slack For My Team?

For most industries, we think so. Now, more than ever, it’s important to keep up a strong work culture and communication strategy to keep your team members on the same page, no matter where they work from. Used on desktop and mobile devices, Slack conversations are protected by enterprise-grade security and have become commonplace message boards that function like social media groups used on Facebook or Linkedin. With integrated apps like Zoom, Trello and Google Drive and Calendar, teammates can coordinate virtual meetings, share files and keep track of progress per project or client.

Established by Fog Creek founders Joel Spolsky and Michael Pryor in 2011, the Kanban-style work management system Trello, bought by Atlassian for US$425 million in 2017, went on to reach 50 million users worldwide by 2015. Inspired by the functionality of a sticky note on a wall, Trello was conceptualised to be just that – only, virtual, accessible, visually stimulating and more sophisticated. In contrast to other apps that categorise projects or communication channels, Trello acts as a pinboard for projects of both a collaborative and personal nature. For many, it’s distinguishable features are its ease-of-use and customisable user interface that merges work-related tasks with personalised background images and integrated check-lists.

A Simplified Approach to Homework

‘Kanban’ translates from Japanese to mean ‘visual signal’. For those working in services or technology, Atlassian marketing strategist Max Rehkopf explains, ‘your work is oftentimes invisible and intangible’. With Trello boards, individuals and coworkers can create interactive columns consisting of cards, checklists, images, links and messages shared between members of the same board to work through pipelines efficiently. If you’re the kind of person that performs better with a whiteboard and marker in a brainstorming session, then you’ll probably find a lot of use for Trello in keeping your projects on track and your teammates up to speed. It’s no wonder that in light of recent working-from-home arrangements, Trello signups in March were ‘almost double’ what they had been the year before, according to Business Insider Australia.

And of course, there’s Google

For most businesses, big or small, using email software with an integrated scheduling calendar service is ideal. Coworkers and colleagues are able to reserve meetings, invite people to events, send RSVPs and have all important dates centralised in one digital calendar system. Similarly, using Google Drive, team members can store all relevant work material – including documents and spreadsheets – into a secure, encrypted ‘cloud’. This is perhaps the most relevant feature for current working-from-home arrangements that require remote collaboration. Using Google Docs, multiple G Suite users can work on the same document simultaneously and save it in an accessible location for review.

On the topic of utility, we’d be remiss to forget WeTransfer. Designed in 2009 by Nalsden and Bas Beerens to allow users to share large files that would otherwise bounce-back on email platforms, the Dutch cloud-based service is now recognised as ‘a creative’s best friend’ and alternative to Dropbox. To circumvent the annoyance of files too large or slow to send conventionally, WeTransfer is a Picos favourite.

We have an inventory of new ideas to keep you inspired, productive and informed as industries and sectors realign in the wake of the COVID19 pandemic. We’d love to know which topics you want to hear more about. Head to our social media and let us know your thoughts! 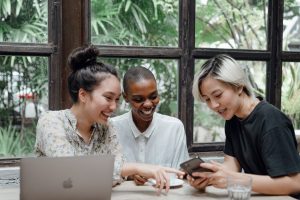 Why having visuals increases your engagement

Visuals increase your social engagement. It’s a fact. And if you’re not quite sure how, we… 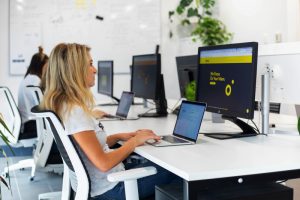 Freelancer v Agency: Which Should You Choose?

The one question a lot of us wonder but never seem to have the answer for. The question is… 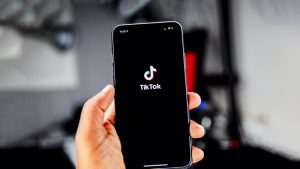 How You Can Use TikTok To Boost Brand Awareness

Find out why you should be using one of the world’s largest social platforms, TikTok!

Read More »
Stay up to date with all picos articles 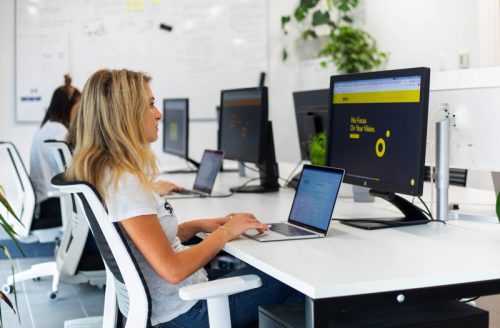 Freelancer v Agency: Which Should You Choose?

The one question a lot of us wonder but never seem to have the answer for. The question is...
Read More 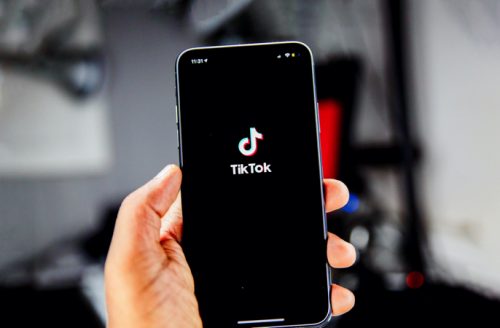 How You Can Use TikTok To Boost Brand Awareness

Find out why you should be using one of the world’s largest social platforms, TikTok!
Read More 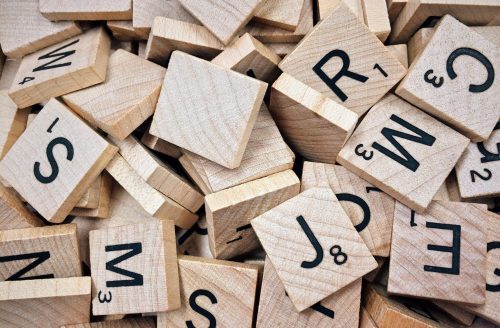 Level Up: Become a Master of Words